Whether a doctor serves in a hospital, a clinic or a laboratory, the hurdles and rewards of this lifelong journey are abundant. A doctor is considered to be equivalent to God. Being a doctor or physician is a selfless job, irrespective of their specialization. It is the reason why doctors are our real heroes.

A dentist administers us the most beautiful & confident “Smile” that accentuates our outlook. Dentistry is much more than just smile designing. Our overall health depends on our oral health.

For Dr Lakhpreet Singh, the most gratifying thing is seeing the happy faces of their patients while walking out of the clinic with a pain-free confident smile.

A Glimpse Into The Dentist’s Life

Dr Lakhpreet hails his roots from an erudite family, His parents aspire him to serve mankind as a doctor. His grandfather was a reputed police officer in the area.

Both his parents were professionally settled as his father was a Government Teacher & his mother was a Lab technician at Forensic Lab. Dr Lakhpreet was a single child therefore, he was endeared to his parents and was an apple of their eyes.

Dr Lakhpreet Singh did his Schooling at Shivalik Public school & D.A.V. Public School. Until 5th standard, he was academically weak as he was more into the art & craft. He had ample achievements in drawing at the school level.

He pursued his Bachelors in Dental Surgery (BDS) from Baba Jaswant Singh Dental College Ludhiana . following that he set up his clinic and started his practise in Mullanpur Garibdas (New Chandigarh).

In 2008, Dr Lakhpreet Singh tied the knot with Tejinder Kaur, who is a government teacher. The couple is blessed with 2 adorable daughters.

Keep Going Amidst The Adversity

Life is like a roller coaster ride, it has its rise and fall. But It would not be wrong if I say Dr Lakhpreet Singh has faced more falls than the rise despite all these his success mantra is to “Keep Going”.

In 1995 when he was merely a school going kid, Dr Lakhpreet lost his father in a road accident. The brave heart still managed to stay strong and outperformed academically. Amidst these difficult times, he stood First in his class.

The adversity hit him hard in 1997 when his mother succumbed to cancer. He was distraught and mentally disturbed, resultantly, he failed to succeed in his 1st attempt at the Premedical Exam (PMT).

Following a dose of motivation and counselling from his Maternal Aunt, Dr Lakhpreet got to grips with the distress. After a year drop, his hard work paid off in the second attempt at PMT. Later, he incited all his efforts to actualize his parent’s aspiration.

Soon after his Graduation, Dr Lakhpreet Singh subsequently started his practice, as the time and situation demanded that.

In 2006, He setup his clinic in Mullanpur (New Chandigarh), since then it’s been over 15 years, he is among the reputed dentists in the town. 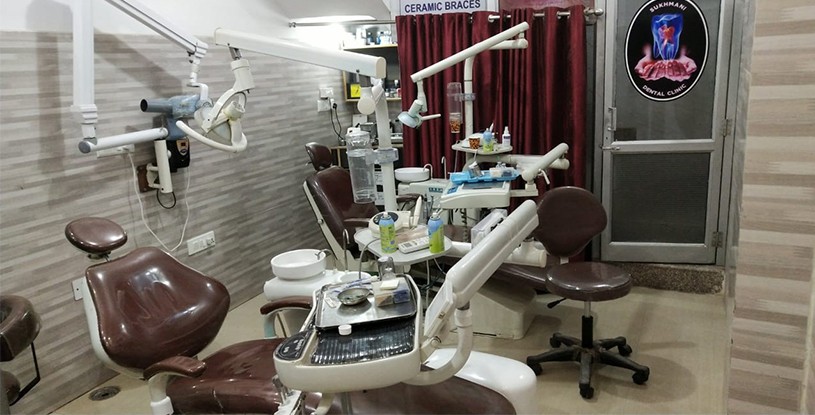 Dr Lakhpreet Singh founded “Sukhmani Dental Clinic & Implant Cente” in 2006, with the motive of providing dental excellence to the patients in the area which was not much developed at that time.

The clinic has a team of specialists to render the most advanced & specialized treatments to resolve the dental issues.

Dr Lakhpreet strives to accommodate superior dental treatment, within the span of over 15 years, Sukhmani dental clinic has come a long way and is one of the most equipped and eminent clinics in New Chandigarh.

Dr Lakhpreet Singh rose to the occasions and became an influence for many as he goes above and beyond his call of duty to serve mankind.

With Product You Purchase

Fortifying Trans Fatty Acid Regulation in the State of Punjab 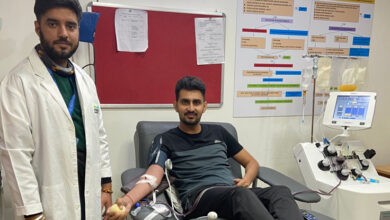 A Young Donor On A Mission To Save Lives: Passion For Blood & Plasma Donation

This site uses Akismet to reduce spam. Learn how your comment data is processed.

Go to the Arqam options page to set your social accounts.